Lorenzo Cegan Saggioro is looking for information for two Mosquito airmen buried in Padua in Italy. They were from 256 Squadron of Fighter Command. Their names were:

They lost their lives on 25 April 1945, at the very end of the war. The details of their disappearance are given in 256 Squadron’s ORB. 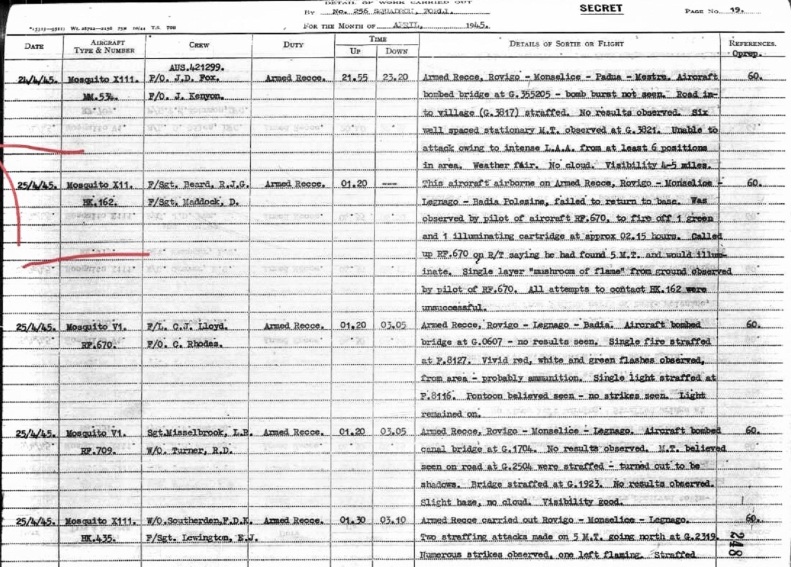 This clearly was a catastrophic incident, leading to bad mutilation of the bodies. The Graves Concentration Report Form, below, gives details. (It is sad to note that the first man on the form, Peter Chapman, of the King’s Royal Rifle Corps, is reported to have been killed by Italian Fascists and buried by civilians.)

The very moving epitaph for the twenty-one-year old pilot reads:

OF ALL YOUR BRAVE ADVENTURES THIS, THE LAST, THE BRAVEST WAS AND BEST

It is a quotation from a poem by Maurice Baring.

HE BELIEVED AND WAS NOT AFRAID