Referring back to the page just added for the 105 Squadron crew lost at Bergen in Norway in 1941, the epitaph chosen for one of the crew members, Arthur North, was:

All you had hoped for, all you had, you gave, yourself you scorned to save.

It is an adaption from two lines in the hymn O Valiant Hearts. Written to commemorate the dead of the First World War (it was published in 1919), the relatives of the Second World War dead would have often heard this very moving and romantic hymn during the twenty years left to run of the peace, and recalled it when the time came to find an epitaph for their loved one.

The other very memorable instance I know of this hymn being used on an RAF gravestone is that of Ernest Deverill, the much decorated bomber pilot who died on Black Thursday. He was buried at Docking in Norfolk on 22 December 1943, in the churchyard of St. Mary The Virgin.

His widow, Joyce, chose to remember him with these lines from the hymn:

Tranquil you lie, your knightly virtue proved,
Your memory hallowed in the land you loved.

Deverill, centre, 1942 after the Augsburg raid. 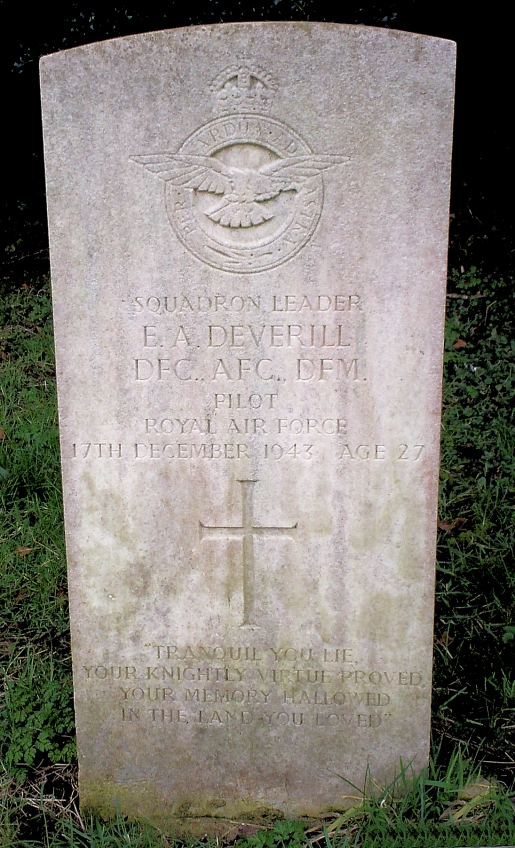