The public view of the RAF and in particular of Bomber Command’s campaigns changed markedly over the years. During the war, a great deal of publicity of (understandably) a wholly positive nature was generated by the Ministry of Information and others for such operations as the 1942 Augsburg raid, see above and below. 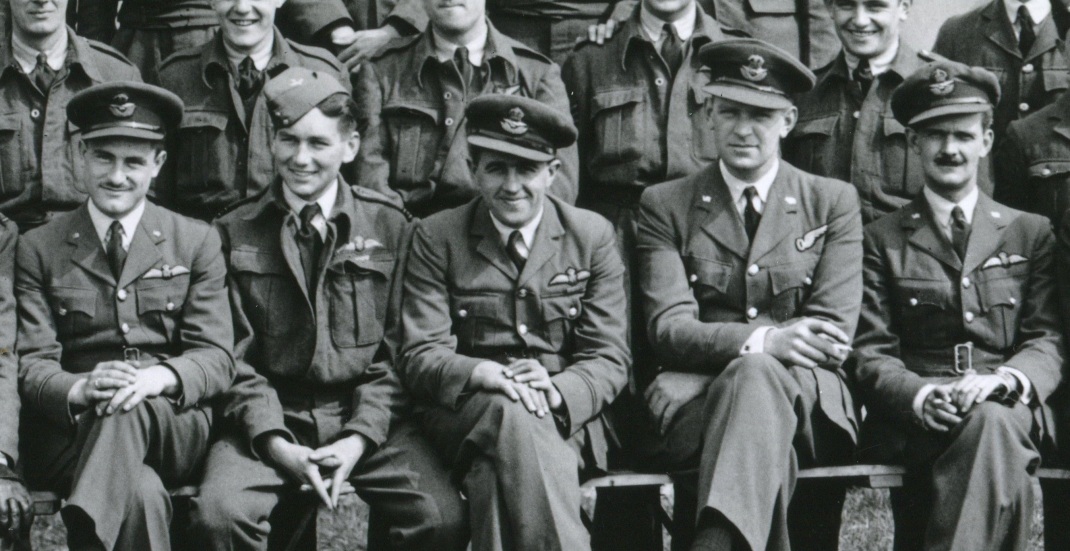 Ernest Deverill, centre, with other 97 Squadron aircrew from the Augsburg raid.

Probably the greatest publicity coup of the war was the Dams raid, 16-17 May 1943, which is the one chiefly remembered today, largely due to Guy Gibson’s superb book Enemy Coast Ahead, and the 1955 film The Dam Busters starring Richard Todd as Guy Gibson. In one of the post-raid publicity photographs, Gibson can be seen below, fourth from the left, with fellow 617 Squadron aircrew who flew on the operation. 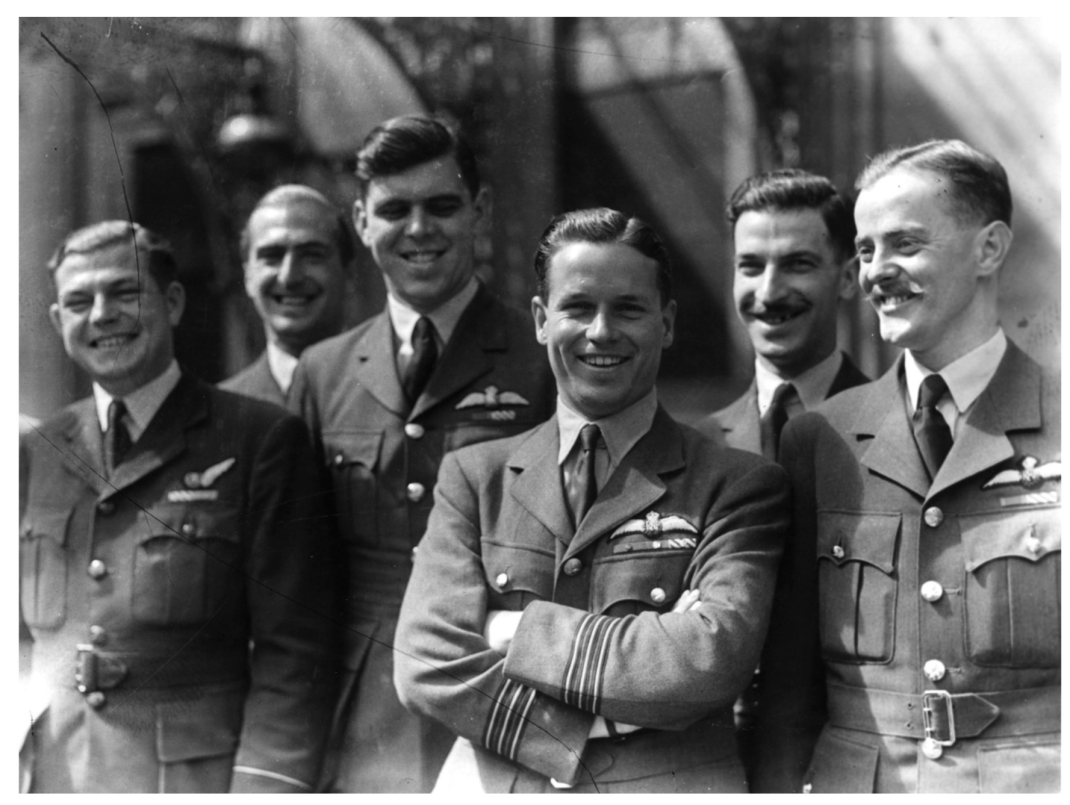 Post-war, there began a gradual fading of faith in the work which Bomber Command had carried out at such great cost.

Here is a House of Commons debate of particular interest in the immediate post-war period.