These beautiful war graves at Kuinre are for a 35 Squadron Pathfinder crew, shot down on 31 August 1943. Four of the crew were killed, two became prisoners of war, and one managed to evade capture.

The Halifax aircraft crashed near Kuinre, a village in the Dutch province of Overijssel, not far from the Ijsselmeer, Kuinre once having been on the coast of that sea.

The rear gunner was James Russell Griffin, The colour images here are courtesy of his nephew, Derek Griffin. 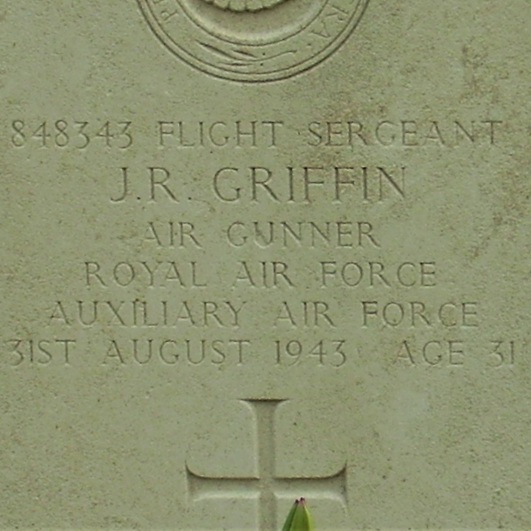 The photograph below shows the three survivors visiting the graves in 1964, twenty-one years after the crash, in a touching act of remembrance. 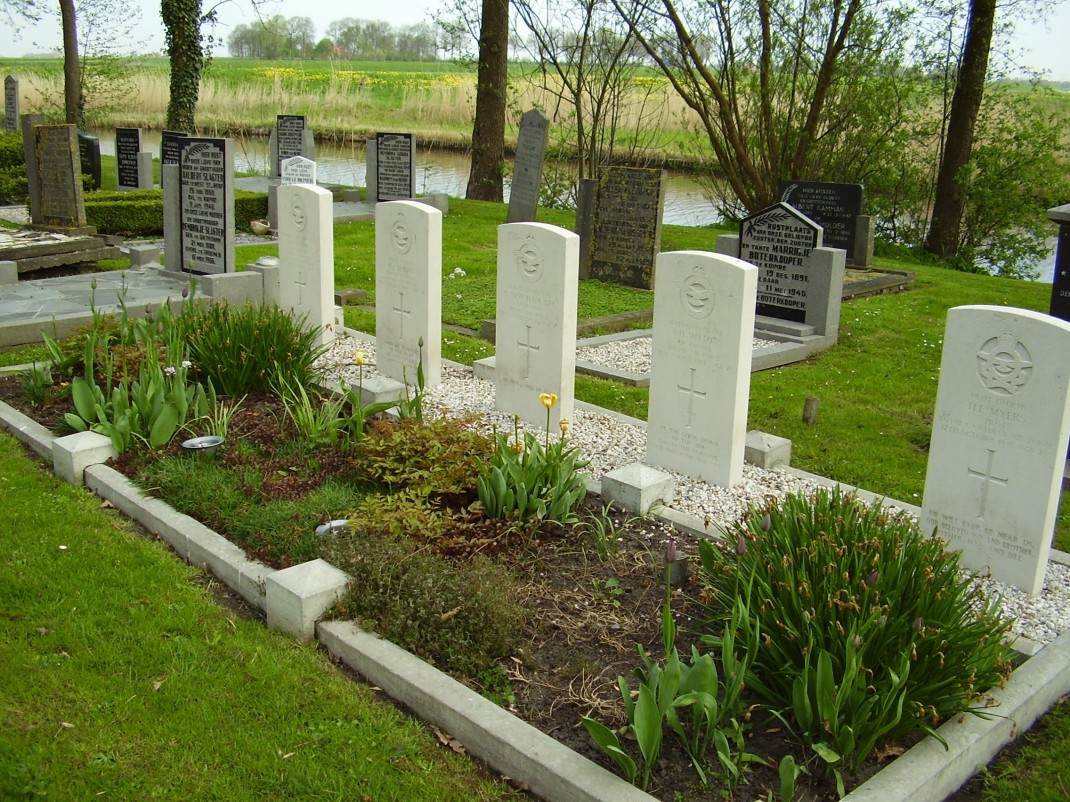