Image above: the funeral of Vince Jarvis

Four Australian airmen training in Canada appear in Norman McIntyre’s small photograph album – Vince, Jeff, Norm himself, and Len. It is not known what happened to Len as his surname is not given, but the other three died on war service: Vince and Jeff in Canada in July 1942, and Norm over Berlin when his aircraft was hit by flak on 16 December 1943.

It is not known exactly what happened at the beginning of July 1942, but both Vince and Jeff were killed flying in an Avro Anson. This  usually had a four man-crew, but it is not clear whether they were in the same aircraft. For more details, see PER ARDUA – RAF funerals.

They are both buried at Winnipeg but in different cemeteries. Vince is in the Roman Catholic cemetery at Assumption Gardens, which has an unusual layout in that the tombstones are flat to the ground. 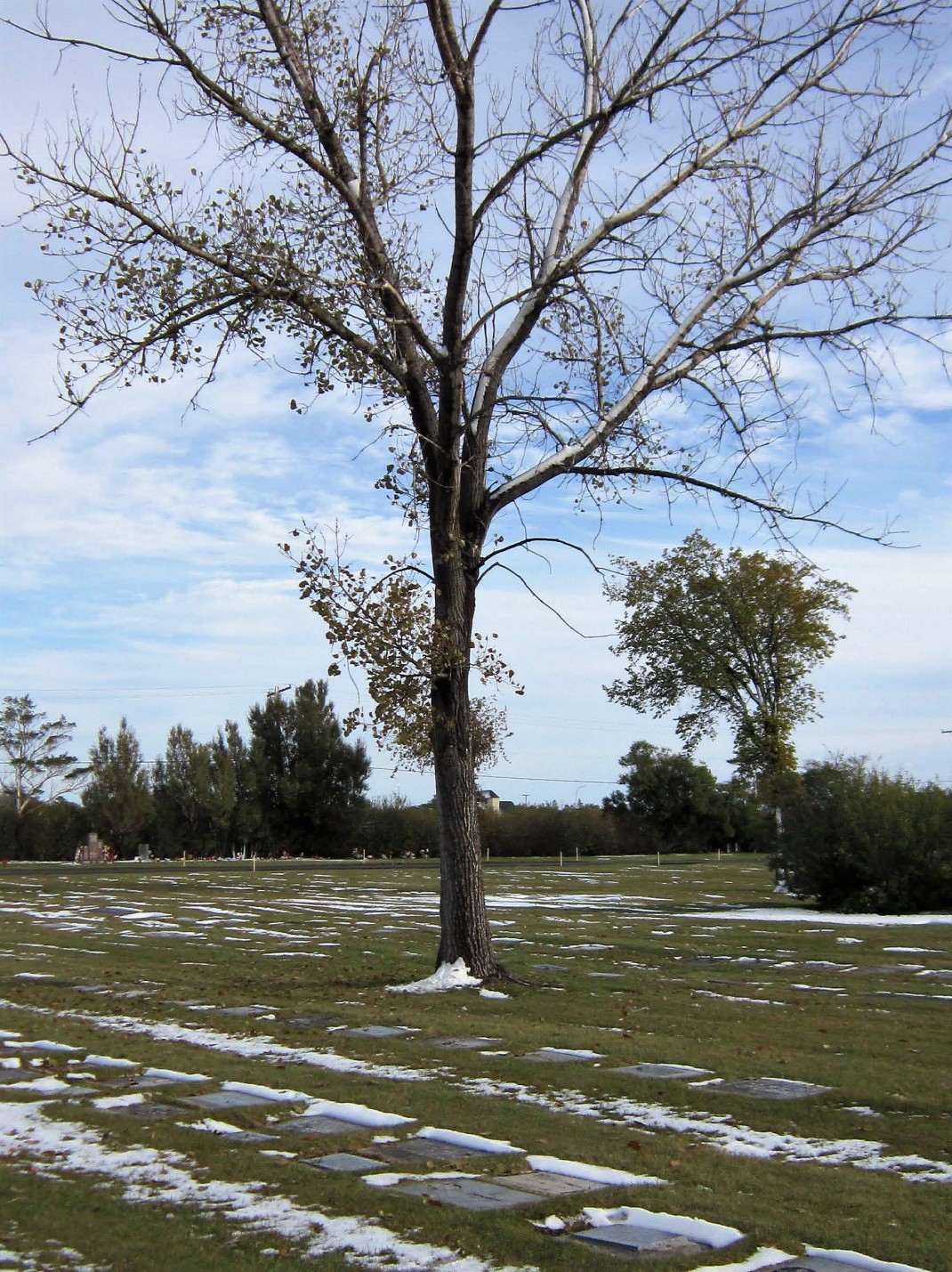 Jeff is buried at Winnipeg Brookside Cemetery. He was only 19 years of age. The epitaph on his tombstone is very moving:

For us his voice is still

But the memory of his This is the only photograph we have of his tombstone.

Four of his crew of eight have no known grave.

With many thanks to John Kuss

for the information about Norman McIntyre, including the photo album.

And to Steven Smart for the lovely photographs of Vince and Jeff’s graves in Canada.